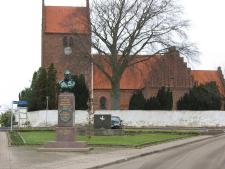 
Just after midnight on 3 November 1943 German E-boats were sighted. HMS Whitshead and the Storaa opened fire and the E-boats were driven off, but a quarter of an hour later a torpedo struck Storaa amidships. She was heavily laden and sank quickly.

Of the total of 36 peoples onboard, 22 were lost (Master, lst and 2nd Officers, 2nd and 3rd Engineers, Steward, Cook, 1 Naval and 2 Army Gunners, and 12 crew). Seven survivors from the Storaa were picked up by an English coaster which was also part of the convoy, the rest being rescued by an M.L., and all were taken to Newhaven

From 1941, the MOWT had the power to requisition merchant ships, regulate and control the movement of ships and regulate the trade and the type and amount of cargo they carried. The MOWT also acted as the owning authority for all ships under government control.

On 2 November 1943, Storaa left Southend as part of Convoy CW 221, the 221st convoy proceeding along the Channel Westwards, transporting 2500 tons of tank parts from to a weapons factory in Cardiff. HMS Whitshead was the escort to the convoy which consisted of 19 Merchant ships including Storaa.[10] The bills of loading show that it had a cargo of 376 tons of steel slabs, 250 tons of steel billets and 608 tons of pig iron (a total of 1,234 tons).[11] However, a contemporary account by a survivor, 3rd officer, H B Knudsen, describes the cargo as "tank parts and aircraft". Mr Knudsen describes loading the cargo:

"When we had unloaded the pulp, we then began to load caterpillar tracks for the so-called “belt vehicles”, which was very heavy material almost solid iron. That was put in the bottom of the ship, and then we filled up the rest with aeroplanes in large boxes. We even had some as deck cargo."

According to Mr Knudsen, the ship was armed with one 12 pdr., 4 Oerlikons, 1 Strip Lewis and 2 P.A.C. Rockets. The crew was made up of British and Danish volunteers under a Danish master and also included 4 Naval and 3 Army DEMS Gunners, and there was one passenger (a pilot). As part of the convoy, Storaa was legally required to defend herself and the rest of the convoy. The Dover Strait and Wold Channel (known as Hell’s Corner and E-boat alley), were the most dangerous sea passages in the world.

Just after midnight on 3 November 1943 German E-boats were sighted. HMS Whitshead and the Storaa opened fire and the E-boats were driven off, but a quarter of an hour later a torpedo fired by S 138 struck Storaa amidships.[12] She was heavily laden and sank quickly. Of the total of 36 people on board, 22 were lost (master, 1st and 2nd officers, 2nd and 3rd engineers, steward, cook, 1 naval and 2 army gunners, and 12 crew). Seven survivors from the Storaa were picked up by an English coaster which was also part of the convoy, the rest being rescued by an M.L., and all were taken to Newhaven.

Two sisters who last saw their father in 1943 have won the latest round in their battle to have the ship on which he died designated a war grave.

Petty Officer James Varndell, a naval gunner, was one of 21 men killed when the SS Storaa, a merchant ship, was torpedoed in the English Channel. His daughters, Rosemary Fogg, now aged 73, and Valerie Ledgard, 65, have been campaigning to have the wreck protected from divers.

The Ministry of Defence has insisted that the Storaa does not qualify because only vessels "on military service" are covered by the Protection of Military Remains Act, 1986. The Act prohibits interference with ships and aircraft designated as war graves.

Yesterday a High Court judge disagreed and ordered the Defence Secretary to reconsider his decision. The ruling could mean that thousands of merchant vessels sunk during two world wars receive the same protection as the wrecks of warships.

The Storaa was carrying a cargo of steel, including tank tracks, from London to Cardiff when she was intercepted by a German E-boat and sunk. Although flying the Red Ensign of the Merchant Navy, Mr Justice Newman said that when the Storaa was sunk "it was voyaging under compulsion in dangerous waters, laden with cargo, in a convoy under the protection of a naval vessel and was armed".

He added: "If merchant vessels sank with loss of life in ‘military service' then the vessels and the remains of those who died are capable of being protected by designation."

He dismissed the Ministry of Defence's claim that protecting merchant ships would require a vast bureaucratic effort. He said: "There is nothing in the Act which supports the class of vessels which qualify being interpreted narrowly so as not to cause an administrative burden to the State."

After the judgment, Mrs Ledgard, from Worthing in West Sussex, said that she was "delighted" by the ruling. She had told the judge that she and other members of her family had been "upset at the thought of individuals disturbing or removing the remains of my father and other members of the crew".

In a statement after the case, lawyers acting for the sisters said: "Although the case related to the circumstances of one seaman who died in this one ship during the Second World War, it has implications for the Government's policy towards the Merchant Navy generally."

Captain John Sail, chairman of the Merchant Navy Association, said that the judgment could ultimately lead to hundreds of wrecks being protected from divers. He said: "Wrecks of Royal Navy ships are protected against interference so why should divers be allowed to rummage around in merchant ships in which men died in the service of their country?"

More than 4,700 merchant vessels were sunk during the First World War and 5,353 during the Second. An estimated 35,000 merchant seaman were killed by enemy action. Sixteen wrecks in British waters are designated war graves, including one German U-boat.

A spokeswoman for the Ministry of Defence said: "There are different levels of protection. In some cases divers are allowed to swim up to them but not touch them, in others they aren't allowed anywhere near."

The wreck of the Storaa, which lies ten miles off Hastings on the East Sussex coast, is owned by the Hastings Sub Aqua Association which purchased the salvage rights for £150 in 1985.
Senest redigeret=30 Mar 2018
Jens Peter Fage Pedersen var skibsfører. Han blev født 16 maj 1892 i Østerby, Skagen, Horns, Hjørring