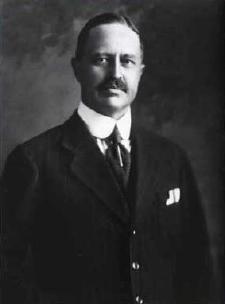 Harold Greville Hanbury (19 June 1898 at Compton Verney House, Warwickshire – 12 March 1993 at Pinetown, Natal, South Africa) was Vinerian Professor of English Law at the University of Oxford from 1949 to 1964.

He was the only child of Basil Hanbury and his wife, Patience, née Verney, a daughter of Henry Verney, eighteenth Baron Willoughby de Broke.

He was educated at Charterhouse and took up a Classical Scholarship at Brasenose College, Oxford, in 1915, but interrupted his studies for military service in the British Army in 1916, returning to complete his degree after the end of the war. In 1921 he was elected a Fellow of Lincoln College, and an Honorary Fellow in 1949.

In that year he was appointed Vinerian Professor of English Law, which carried with it a Fellowship at All Souls College. He remained there until his retirement in 1964, after which he was Dean of the Law Faculty of the University of Nigeria until 1966. He was afterwards a champion of the Biafran cause, and published in 1968 "Biafra: A Challenge to the Conscience of Britain".

In 1980 Margaret, Hanbury's wife, whom he had married in 1927 (a niece of the Danish pathologist Georges Dreyer), died, and he left England to live with a god-daughter in Natal, South Africa, where he died in 1993.

Hanbury was a highly-regarded figure in the Oxford of his day, on account of his accessible lecturing style and affable personality, and immensely popular with his undergraduates. He was also known for his great fondness for cats, and for years was the Vice-president of the Oxford Cat Club.

His publications were not numerous, but included "Modern Equity", first published in 1935, which ran to 13 editions. Hanbury was a follower of Sir William Holdsworth, England's leading academic lawyer between the wars, and as his literary executor collaborated in the editing and publication of the last four volumes of Holdsworth's "History of English Law" (1952–66).

HAROLD GREVILLE HANBURY was one of the last great characters of 20th-century academic law teaching.

Born in 1898, he arrived at Brasenose College, Oxford, in 1915 with a classical scholarship gained at Charterhouse, but his studies were interrupted by army service in the First World War (he was again in the Army in the early years of the Second World War). On his return to Oxford he completed his first degree in 1920, was top of the list of those completing the BCL in 1921, and then forthwith elected to a Law Fellowship at Lincoln College.

Lecturing was not his best mode of communication, though his audience profited from the wide range of information given in his frequent rambling asides; but his comments in tutorials could be keen and incisive, and the success rate among his pupils was high.

At Lincoln Hanbury held at various times a string of college offices, ending as Sub-Rector; and he was twice elected university Senior Proctor, in 1933 and 1944, an achievement very rare then, and impossible under present university rules.

In 1948 be became briefly Reader in Equity, and then in 1949 was elected to succeed Geoffrey Cheshire as Vinerian Professor of English Law, with its attendant Fellowship of All Souls, the post he was to hold until his retirement in 1964.

His most enduring influence upon the law was achieved both through his books and by his wise guidance of generations of pupils, many of whom went on to distinguished careers. His best-known book is the substantial Modern Equity, first published in 1935 and now in its 13th edition, having been carried on by other scholars after he relinquished his own work on it. English Courts of Law, first appearing in 1944, was by contrast a short and lively account of its subject set in its historical context. It went into five editions, the first three prepared by himself. The Vinerian Chair and Legal Education (1958) was a work of mature reflection.

On the death of Sir William Holdsworth, another former Vinerian Professor, Hanbury and Arthur Goodhart acted as his literary executors, and saw the last four volumes of Holdsworth's monumental History of English Law through to publication. Holdsworth had left quite a lot of his vast enterprise unfinished, and the final (16th) volume had to be compiled from boxes containing a mass of scrappy notes and jottings. Through all Hanbury's published works ran the thread of literature, classical, English, French, Scandinavian, and his writings were brought alive for the reader by striking allusions and metaphors. His books brought him a DCL, and in due course a QC honoris causa.

Some tutors consider their task over when their pupils graduate, but Hanbury retained a burning interest in the expectations and careers of all his pupils for the rest of their lives. He always knew the whereabouts of a Lincoln man (not, of course, a mixed college in his day) and what his career had been, and he outlived so many of them. In his retirement he often wrote obituaries for the Lincoln College Record, and no Lincoln graduate was allowed by him to depart this life without some neatly turned account of his virtues.

He and his Danish wife, Margaret, were the souls of generosity. Unable to have children, they interested themselves in both Hanbury's pupils and his younger colleagues. Countless numbers of them were entertained to dinner, and many, together with their spouses, were privileged to spend a few days stay as guests in their attractive house at Falmouth. Hanbury took great pleasure in dinners, surrounded by friends. He ate little, but loved conversation and reminiscence.

He was a tall, spare man, and his physical movements were somewhat uncoordinated. Yet, perhaps as a relic from his army days, he had a compulsion when walking with anyone to keep in step. Unfortunately his natural stride was long, and the jockeyings and contortions contrived by Hanbury when he was trying to get into step, and by his companion in seeking to avoid disappointing him by breaking step, were often wonderful to see.

He loved animals, especially cats; and he enjoyed cricket. Even in his sixties he could strike the ball with remarkable power. He established an annual fixture between the Lincoln College 1st XI and Professor Hanbury's XI which continued until his retirement from the Vinerian Chair. His team comprised old Blues, county-class players and two or three participants of rather more modest cricketing pretensions. The match would start at 11am, and the day's programme would include an excellent lunch provided at Hanbury's expense. The canny players always hoped to be batting after lunch, when somehow the bowling seemed to have lost much of its venom.

At various times, before and after retirement, Hanbury contributed to the arbitration of industrial disputes and the fostering of legal education in emerging countries, especially Nigeria. He was deeply affected when Margaret died in 1980, and thereafter went to live with his goddaughter in South Africa, from where he continued to correspond with all his friends - friends upon whom he showered advice, affection and help throughout his long life. 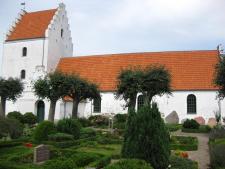