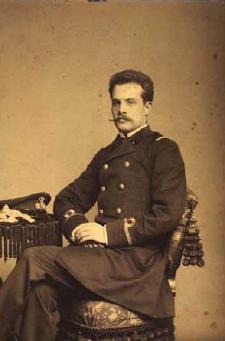 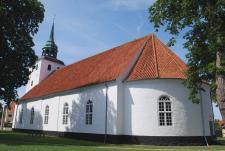 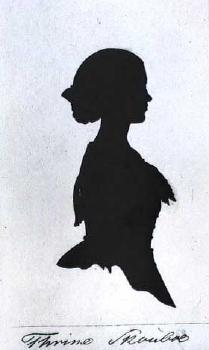 M, f. 27 maj 1859, d. 6 juli 1930
Pedigree
Hon. H. Gudmundsen, former judge of the Eleventh Judicial District of Nebraska, is a man who represents in character and accomplishments the qualities which raise and dignify democratic citizenship and are the foundation of our best leadership. His presence and counsel are deeply appreciated, and his example will long be cherished in the community to which he has ever been willing to give the best that lay within his unusual powers, his qualities of heart and brain. He is a man of sound judgment and a most fearless judge. On the bench he never flinched nor swerved from the absolute sincerity of his convictions, and was never influenced by popular approval or public criticism of his public acts. His is the high type of judicial temperament which could, without being influenced in any way by the result to himself, enter and enforce his judicial judgment without fear and without apology. As a friend he has always been just and consistent, and no one has to ask where he stands upon a matter of friendship.

Judge Gudmundsen was born at Nysted, Denmark, May 27, 1859, a son of B. T. and Inger Gudmundsen. His grandparents were people of note in Denmark, and his paternal grandfather was a minister of the Lutheran faith, a native of Iceland, who moved to Denmark. One of his descendants, of the name of Gudmundsen, is governor of Iceland, and on his mother's side his grandfather was also [p.478] a clergyman. B. T. Gudmundsen never left Denmark, but died there after a long life devoted to the practice of law. The mother also died in Denmark, and of their five children Judge Gudmundsen was the only one to come to America. When only thirteen years old, in 1872, he, with a friend, left Denmark for the New World and landed in Canada, from whence, after a short stay, he came to the United States and visited with friends at Portland, Maine. From there he went to Boston, Massachusetts, and while there enlisted in the Fifth United States Cavalry. He had been trained by a private tutor in Denmark, receiving in spite of his youth a better education than many a high-school student, and was able to meet the requirements for enlistment. Sent with his unit into the Indian territory in the Wyoming Indian Agency where the Shoshone and Arapohoe Indians were confined, it was not long before he was made an orderly, and served in that capacity with the detachment that escorted President Arthur through what is now the National Park. But his duties were usually more strenuous and dangerous, for he served during the stirring days of Indian warfare under the command of Generals Miles, Terry and Custer, and had some very narrow escapes and was once wounded, but recovered sufficiently to rejoin his command, with which he served for five years, rising to the rank of captain, and after the close of his active service he started the Indian school in Wyoming, and was its first teacher, and later became its superintendent. It was fortunate for the Fifth Cavalry that neither tribe was friendly with the other, and in order to gain an advantage over those of his own race the opposing Indian would side with the military. As is characteristic of them these tribes seemed to delight in trumping up grievances which had to be smoothed out by the controling force. While on a trip to Genoa, Nebraska, with 126 Indians, in his capacity of superintendent of schools he was so pleased that he decided to remain in Nebraska, and from then on Judge Gudmundsen has belonged to this state.

Locating at Ord, Judge Gudmundsen became deputy county clerk, then clerk of the District Court, holding the latter position for ten years, and during that period studying law. In 1903 he was elected judge of the Eleventh Judicial District, and remained on the bench until January, 1924, at which time he resigned and resumed his law practice in partnership with his son Elmer.

On October 4, 1885, Judge Gudmundsen married, at the Wyoming Shoshone Agency, Catherine Jensen, who died January 5, 1901, having borne her husband eight children, namely: Arthur, who married Anna Johnsen, lives in California, and has three children; Mary, who married Richard Smith, has two children; Laura, who married a Mr. Praff; Mabel, who married Will Gellespie, is a distinguished woman, having served in the Nebraska State Legislature, and as associate editor of the Omaka Bee; Harriet, who married a Mr. Taffieta; Gladys, who married Senry Enger; Elmer, who is mentioned below; and Curtis, who is unmarried. Judge Gudmundsen belongs to the Valley Bar Association and Nebraska State Bar Association. He and all of his family are Episcopalians. High in Masonry, he has reached the Commandery and Shrine. Without any question he is the outstanding figure in this part of Nebraska, and everyone looks up to him as the exemplar of truthfulness in word and act, strict fulfilment of every obligation, straightforwardness in meeting all promises, expressed or implied, independent of the temporary gain or loss to himself, which all right-thinking people admit are the things that give American society the right and power to be members of a free nation.

GUDMUNDSEN, JUDGE HJALMAR--is a native of Denmark, though coming from a good old Iceland ancestry. He was born at Nysted, Denmark, May 27, 1860, where he spent the days of his youth. His early training came from the hand of private tutors who advanced him through the Danish Latin, School course. In common with other young countrymen, he, early became anxious to make a way for himself in the promised land--America. Accordingly he sailed for Quebec, which he reached in 1878. After spending a year in Canada he journeyed on to the United States. Five years were now spent in the regular army, U. S. A. Receiving an honorable discharge, Mr. Gudmundsen was so fortunate as to receive the superintendency of the Shoshone Indian Training School. This he hold till Cleveland's first administration, when (269) he resinged to give place to a Democratic appointee. In 1884 he married Miss Katie B. Jensen, of Shoshone. The family came to Ord in 1888 and has resided here ever since. Mrs. Gudmundsen died in 1902, leaving seven children living. Mr. Gudmundsen has filled various positions of honor during the seventeen years spent in Valley county. He was deputy county clerk under several administrations, and has served both as assessor and treasurer of his township. When the Spanish American War broke out in 1898 he was captain of Co. B, 2nd Reg. N. N. G., and in that capacity marched his company to the front. The company did not however get beyond Chickamauga. In November, 1903, he was elected county judge, an office which he fills with much credit to himself and his party