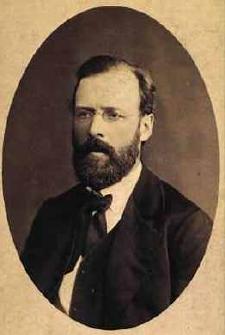 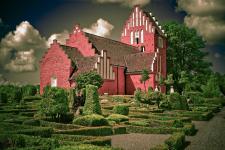 He was first mentioned in a record dating from 1612. An inscription on a preacher's pulpit (see Thura) states that he was mayor for Rønne in 1623. Again in 1630 he is mentioned in a gift-letter in which councillor Holger Madsen, of Rønne, on behalf of his wife's sister gives a farm in Olsker parish to the Rønne Church and Hospital. Toward this end Holger Madsen:

In the original old danish:

The gift-letter was copied into the Land registry in 1737, and its authenticity witnessed by Major-General Niels Madsen West, chief county-councillor and Commandant of Bornholm (from March 18, 1722onwards).

'In the year 1640 under the reign of KING CHRISTIAN the Fourth, and Holger Rosenkrantz as Count of Glimminge Castle, Michel Hartwig and Jens Sørensen, mayors; Jørgen Francke and Peder Kofoed, councillors; and Christen Larsen, town-bailiff.'

In the original old danish: 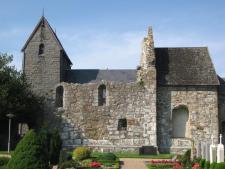