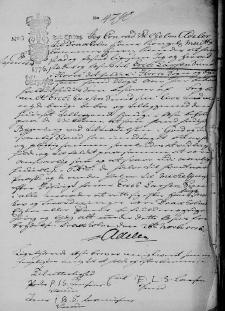 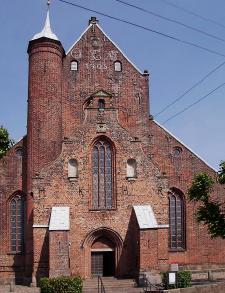 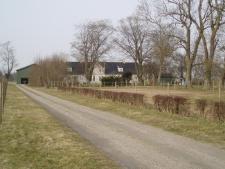 In 1628 King Christian 4. had Mads Kofoed, as Chief Justice (Landsdommer) for Bornholm, swear his allegiance to the new Commander at Hammershus fortress: Holger Rosenkrans; in return he received, like other county judges before him, the rights to a number of farms 'to enjoy and keep freely, as long as he is Chief Justice.'

These farms were: three farms in Klemensker parish (one of them Duebjerggård); one farm, Bjergegård, in Vestermarie parish; one farm in Rutsker parish; five farms in Østermarie parish (one of them Lyrsbygård); and one farm, Klintebygård, in Ibsker parish. A judge had to be well educated, and economically independent, in order to pass fair and unbiased judgement. In return the King offered him total support: contempt for the judge's office was nothing less than an insult against His Majesty, and could bring on the death penalty. Chief Justice Mads Kofoed performed his task cleverly and with care. Many of his cases went to the Highest Court in København, and most of them were upheld. He enjoyed the well-deserved honour of being described as: 'Our fellow, servant, and Chief Justice upon our land - Bornholm'. In 'På spor af de første Kofod'er' we are told of a case that Mads Kofoed presided over, along with a 14 man jury: it seems that an Ingeborg, wife of Peder Møller, was sentenced to leave her home and country because of her 'witchcraft'. The case suggests that she must have been a most disagreeable woman, who caused great uproar in Pedersker parish. When in 1636 Mads received yet another farm in Vestermarie - meant as a rest-stop along the way to the Bornholm Council meetings - you cannot help but become a bit suspicious that maybe he was suffering from farm collecting mania! The life of a Chief Justice was not always easy - during on of the many required sea-voyages to København he nearly drowned. Luckily, King Christian 4. issued an open decree in 1638 to the effect that during winter-time no county judge could be summoned to attend High Court in København, with special note that on 'the land of Bornholm' you could encounter dangerous sea-voyages! As a thank you gift for being rescued, he donated a bond worth 50 Rigsdalers to the Hospital for the Poor in Rønne, which returned an interest of 10 Marks per year, for 'as long as the money stays in my name.' You would think that those funds were secure, but when Mads Kofoed went broke eight years later the hospital had to go to court in 1644 to secure the money and interest from the bond from his heirs. Sadly, his debt grew again after his wife's death, as he had to pay out their inheritance to his children. Those who have studied his judgements have come away with the impression that he, as far as possible, supported the lower-courts, and often was swayed by them. Also, it is noted that many of the officials for the lower-court seemed to gradually become members of the Kofoed-family!

Mads Pedersen Kofoed inherited land-ownership (proprietair) rights to Kofoedgård, which he took over with a deed of conveyance dated July 10, 1630, from his brother Oluf Kofoed, who had managed the farm while his brother Mads was under-age. Mads Kofoed was continually plagued by financial difficulties; in 1624 he had to sell part ownership of a farm in Østerlars parish which was his wife's property. After his wife Karine Hansdatter Kofoed died (sometime between 1637 and 1645) his debt grew again, as he was obliged to pay out to his children their maternal inheritance.

Mads Kofoed must have remarried, as the probate held after his death in 1646 tells us he left behind a widow named 'Karrine Hansdatter'. According to the probate the farm's buildings were old and in poor repair; the house and adjascent buildings were only appraised at 700 Silverdalers.
Senest redigeret=22 Mar 2009
Mads Pedersen Kofoed var proprietær og landsdommer i Bornholm