That Peder and Anders Uf are mentioned 'frænde' (relatives) and heirs in the 1511 'testamente' (will) of Anders Andersen Galen of Lund (who died in 1522), leads to the conclusion that their mother is the sister of Anders Galen, and thus the daughter of Anders (Tuesen) Galen of Herrestad in Skåne. After the death of Anders Galen in 1522, his will of 1511 was contested by the children from his sister's first marriage: Jørgen Hals (born circa 1464) of 'X-Marck' (= Øster Marker = Østermarie) and his sisters Anne and Else. Jørgen Hals was a free-man (frimand), and the Commander (Hovedmand) of Hammershus fortress. In 'Landet Borringholm', Sigvard Mahler Dam quotes from the deposition made in 1522 contesting the will; it reads as follows.

Evidently Anders Galen's daughter had eloped with a member of the Bornholmer Hals-family, and her brother Anders refused to recognize the marriage as legitimate, and as a result disinherited her children from that marriage! Although it would seem that he approved of her marriage to Otte Pedersen Uf. The case was not settled until 1530, about 18 years later! In the end it was accepted that the children, and heirs, of n.n. Andersdatter Galen and (Ødbern, or Peder?) Hals had a legitimate claim on the estate of Anders Galen, as can be seen below.

In Sigvard Mahler Dam's article 'Over Hals og hoved', (SAXO, 1991), he speculates that Jørgen Hals sister 'Else Ødberns' means that Else's (and therefore Jørgen's) father was an Ødbern Hals, son of Peder Hals. However, as Sigvard states, there is no record of there being an Ødbern Pedersen Hals; also it is just as reasonable to interpret 'Else Ødberns' as meaning that Else was the wife of a man named Ødbern. The father of Jørgen, Anne, and Else could very easily be Peder Hals inheritor of Store Halsegård and Lille Halsegård, who can be found mentioned in records dating from 1443 and 1457.

The following has been extracted from a translation of the article "Landet Borringholm: Bornholmsk-skånske slægtskredse", part 2, by Sigvard Mahler Dam, published in SAXO, 1986:

Otte Pedersen Uf's wife had previously been married to a Bornholmer, and that is how she came to live on Bornholm. It appears that she had runaway with the "Væbner" Peder Hals against the wishes of her family, for Anders Galen in Lund refused to acknowledge her children from her first marriage! She had at least three children (1 son and 2 daughters) when she married Otte Uf. Anders Galen's will caused great controversy and the probate proceedings to 21 years to be finalized! Otte's first wife died around 1480 and he married for the second time to an unnamed daughter of Oluf (any evidence for this? - Norman Madsen), and they had a son, Oluf Ottesen, and a daughter, who became the founder of the second Bornholm Uf-family line. The youngest son, Oluf Ottesen appears as a witness in a document from 1497 and borrows his father's seal (there are two identical seals on the document), so he must have been very young. Oluf and his sister were not named in Anders Galen's will of 1511, so therefore their mother is not his sister.

The freeman Jørgen Hals of Østermarie and his two sisters felt cheated when they were read Anders Galen's will, in which they figured only thus:

From the choice of above words we can see there was no love lost between Anders Galen and the Hals-family. He even forgot to include the other sister! Did he not wish to acknowledge the relationship? Is it that at the time they were not the best of friends, or was there a more sinister reason? Why acknowledge the two Uf children, and not the three older Hals? A clue can be found in the following declaration given by the Commander of Hammershus in 1522 (59):

This was not considered to be sufficient proof, perhaps the commander was not considered to be a knowledgeable enough witness, since he had not been on Bornholm very long and could not have known of the details firsthand, he must have had to ask around. Therefore the case was put before the "Landsting" (Senate) in Åkirkeby on May 22, 1522. The details were discussed, witnesses were heard, and finally a document was drawn up and sealed by the most important officials on Bornholm: 1) the Commander of Hammershus, Niels Ibsen; 2) Jørgen Hals' step-brother Chief Justice Oluf Ottesen (Uf); 3) Jørgen Gagge, who had been made a freeman 20 years previously and was an illegitimate born member of the Gagge-family of Skåne; 4) Hans Borreby of Borgegård; 5) Anders Kos in Ibsker parish (of Kåsegård); 6) and the invaders from Lübeck, Peder Kofoed, and 7) Morten Lassen, both mayors in Rønne; 8) Lauritz Jul from an old and distinguished family and a bailiff in Østermarie parish; 9) Hans Pedersen from Østermarie parish; 10) and finally the document was signed by the
bailiff for Åker parish, Peder Munck. The document reads as follows (60):

This document finally saw the heirs receive more than the 10 Mark and a fully made-up bed! They received estate-property in Hyltebierg (Hylteberga, Skurup parish, Vemmenhög district) in Skåne, to be divided into three parts. A deed dated July 2, 1523 documents (61) that JørgenHals, and his sister's son Axel Poulsen, and Axel's brother-in-law OlufDue of Østermarie, sold their inheritance to Mourids Jepsön (Sparre) of Skurup - namely four farmsteads, with the request that he yearly supply the clergyman in Skurup with 1 Skilling worth of "grot" (produce?) for the souls of their parents. The sister Else did not sell her portion ofthe property, maybe she moved there, as after 1530 there is no further mention of her.

The inheritance case was not quite over with! After the above mentioned sale of property, maybe from around 1530 there is another document. Theclergymen Hr. Hans for Østermarie and Hr. Hans for Vestermarie attest that "Jørgen Hals, Anne Poul Olsens, Else Ødberns" are the legitimate heirs of Anders Galen, and that he was the true brother of their mother.The clergymen along with several other good Danes swear on their Soul's Holiness that the above heirs had received no more property than that in Hyltebierg after Anders Galen. Next we learn that Hr. Skelm (Gyldenstjerne) was the dean of the clergy on Bornholm when Jørgen Halsand his two sisters were born and christened; he died in Lund and had been born in Blekinge. He had resided at Spidlegård in Åker parish when he was the Dean for Bornholm.

We have no further information on Jørgen Hals affairs, so he had probably passed away and his heirs might have needed the above document attesting to their legitimacy. Maybe the document relates to Jørgen Hals' sister, the widowed Anne, who from 1533 through 1537 was involved in a legal dispute with the heirs of her second husband. The clergymen from Østermarie - Jørgen Hals home parish - and from Vestermarie, where Anna had her property, were involved as witnesses in the court case. 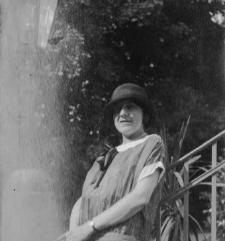 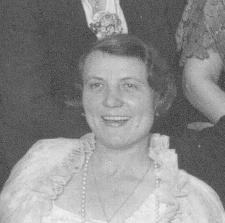 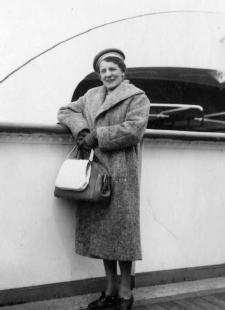 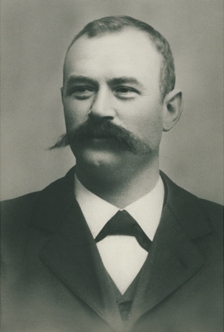